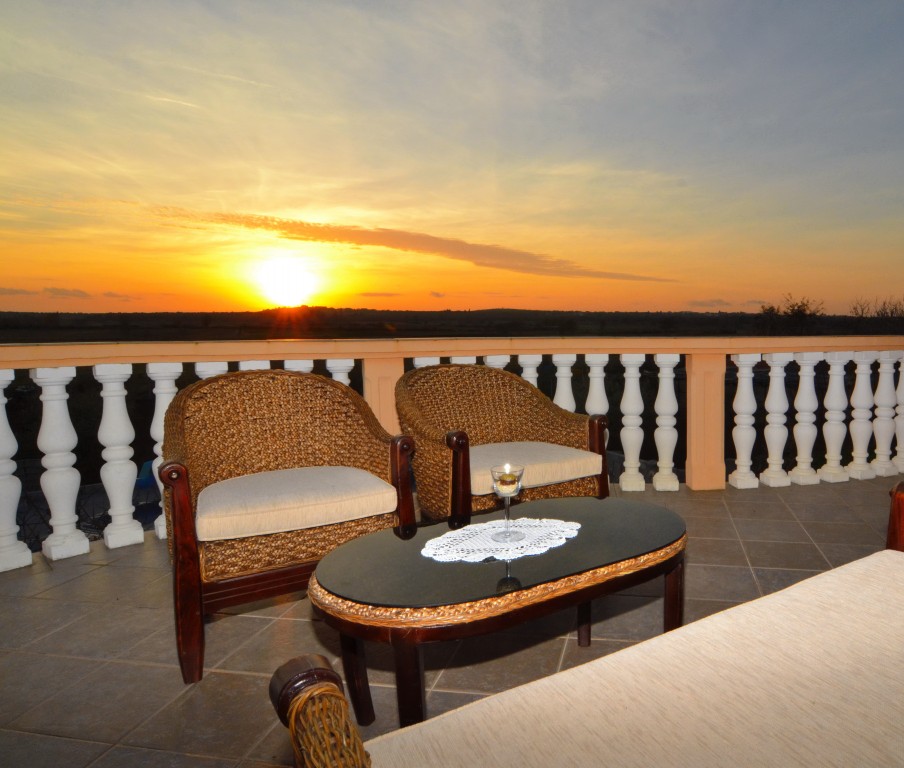 Large house for 10 people, with private pool and lovely garden, in a quiet place between the royal city of Biograd and Benkovac. The house has two fully equipped Apartments, each with separate entrance, ideal for holidays with two families. Your Property is located in a side street between olive groves, vineyards and fields. Children's playground, trampolines, swinging area etc.
Biograd is considered the capital of the holiday region and is not in vain as the White City by the sea called. In the old town almost village atmosphere and it goes right to quiet, stroll just relaxed through the narrow streets and let the country and people acted upon. Along the palm-lined promenade, which leads towards the south, you can also stroll delightfully or stop off at one of the cafes and restaurants.

Biograd na Moru is situated directly on the Adriatic Riviera, from here you can reach the National Park Kornati, Paklenica, Krka waterfalls and Plitvice Lakes, as well as the near historical towns of Zadar, Sibenik and Nin. Those who prefer directly into the blue clear sea want to jump, this can already about 100 meters from the city center. Also in Sailors is Biograd popular: Two modern marinas with many landing stages, the rich charter ship supply and many organized regattas make Biograd to a Paradise for sailors from all over the world.